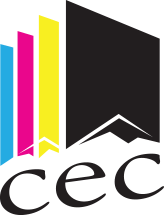 Scott grew up in Colorado Springs, Colorado, where his father was the President and General Manager of a traditional offset printing company for over 25 years.

Scott began his career in print services while still attending Metro State College. He started out as a Customer Service Representative and eventually moved into an Outside Sales Manager position before becoming the President and CEO of CEC Document Services in February of 2001. A huge sports fanatic, Scott played small college football at Mesa State College in Grand Junction, Colorado. He enjoys spending time with his family: daughter Rochelle, son Edward, niece Domonique and his amazing wife Trina.

Scott’s philosophy for CEC is simple: “CEC will provide the absolute best personal service available, while listening to all of our business partners’ needs. We will then strive to help those partners achieve and exceed all of their business goals while providing sound options and advice.” This philosophy resonates across the CEC document printing team. Jim Jensen grew up in the Midwest, born in South Dakota, and lived all of his childhood in Sioux City, Iowa. After getting married, he moved to St. Cloud, MN. While living in Iowa, he joined the National Guard. When his Guard Unit was activated to go to Viet Nam, he spent about seven months at Ft Carson. During that time, Jim decided that Colorado was where he wanted to live. He and his family moved here in 1979 and he has not regretted a day of it.

Jim has been in or associated with the printing industry since 1963 (he is what you call an “old-timer”). Jim started taking printing classes in junior high and vocational printing curriculum during high school. While still in high school, he began working for a document printing company in Sioux City, and also worked during the summer for the School Board print shop. He has been associated with the traditional printing side of the business (Offset & Letterpress) for most of his life, working as a manager in many shops, and as an owner and manager of a franchise here in Colorado. Over the years the printing business has changed dramatically, and after witnessing what was going on in the industry, Jim decided to move to CEC where he is now General Manager of the CEC document printing Denver team. Adding up all of his time spent in the printing industry, it would be close to fifty years total.

Jim’s hobbies include fishing, bike riding, mountain trips and enjoying a good B-B-Q with family and friends. One of his favorite weekend trips is to Estes Park to visit with nature, and a favorite walk would be around Bear Lake. Over the years, Jim’s business philosophy has always been the same: No matter what job you are at, treat that job as if you owned the company. Instill in your employees that it is just as easy and just as fast to make the job you are working on look great as it is to make it look just average. Jim asks the staff at CEC to look at the project before it goes out the door, and if any of them would not pay for it, they certainly should not expect their customer to pay for it. Rick is one of the long term employees here at CEC, having started in 2000. A graduate of the Art Institute of Colorado, Rick is the head of the prepress department and oversees the projects as they are being prepared for the presses. Rick is also our resident I.T. Administrator and Webmaster. In addition to these roles, Rick is also influential in many of the software decisions that are made at CEC to better help with workflow and productivity.

A transplant from the Sooner State of Oklahoma, Rick enjoys sharing time on the weekends with both his wife and their dogs, but he does make it a point to stay very busy working on some project while not at work, whether it is sharpening his skills artistically or solving technical issues. Kathy has been with CEC since March of 2012, and has been leading the way in the company’s booklet creation department ever since. She is our “go to” person when we need to get that saddle stitched booklet project pushed through the shop and out the door to meet a critical deadline.

Kathy has 23 years of experience in the industry and has worked on a countless number of different types of equipment, ranging from sheet folders, 3-hole drills and perfect binders to scoring and perforating machines, large sheet cutters and booklet makers. She has worked in customer service as well, performing stints in prepress and billing.

Kathy is truly a veteran of the industry. She is a native of Colorado, having been born in Aurora. At age 18, she moved to the west side of Denver to be closer to the mountains, and has remained there ever since. In her spare time she enjoys growing and raising her own food, working on her home and spending time with her family. When asked how she would like to be remembered, Kathy replied, “As the grandma that never said no to a roller coaster!” Ayden is in the management program here at CEC and is looking forward to keeping the tradition of great customer service and quality going for many years to come.